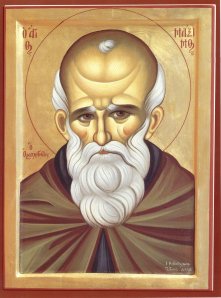 “The world has many poor in spirit, but not in the right way; and many who mourn, but over money matters and loss of children; and many who are meek, but in the face of impure passions; and many who hunger and thirst, but to rob another’s goods and to profit unjustly. And there are many who are merciful, but to the body and to its comforts; and clean of heart, but out of vanity; and peacemakers, but who subject the soul to the flesh; and many who suffer persecution, but because they are disorderly; many who are reproached, but for shameful sins. Instead, only those are blessed who do and suffer these things for Christ and following his example. For what reason? ‘Because theirs is the kingdom of heaven,’ and ‘they shall see God,’ and so forth. So that it is not because they do and suffer these things that they are blessed (since those just mentioned do the same), but because they do and suffer them for Christ and following his example.